Why Do Some Healthy Foods Cause Tooth Decay? 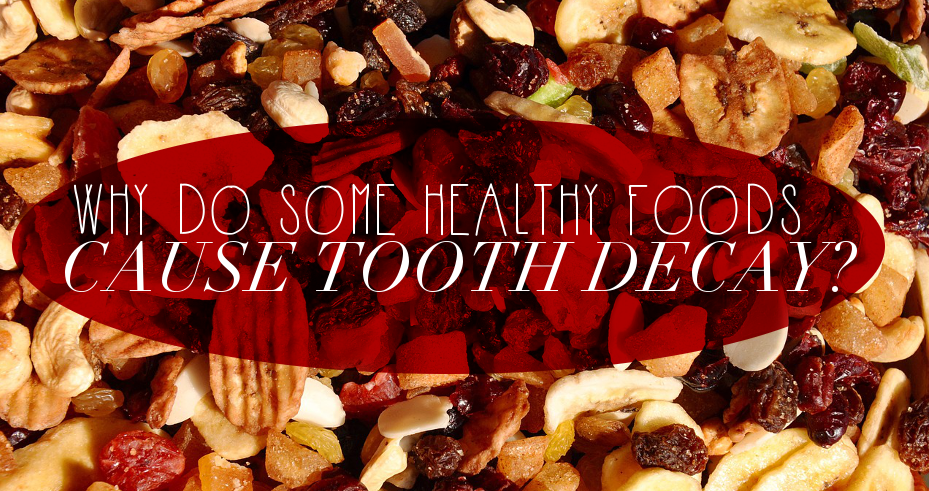 According to a BBC article, one British mother was very unhappy when her five-year-old son needed a tooth pulled. Like many parents, she rarely gave her son soda or fruit juice and couldn’t understand how his teeth had gotten so bad.

After asking her dentist, it turned out that the culprit was actually a “healthy” food. It was dried fruit, like raisins and dried apricots, that were causing the problem. Dried fruits are generally considered healthy foods, but they can be very harmful to teeth. Because dried fruits are sticky, it can be hard to remove them from the grooves and pits of teeth. If bits of dried fruit are trapped in teeth for too long, they decay and the sugar turns to acid on the teeth. This acid feeds bacteria and helps destroy teeth.

Although considered as healthy, fruits are high in acid, which can cause damage to teeth. Eating in moderation and drinking water or chewing gum after eating can help wash away some of those acids.

As you can see, even healthy foods can contribute to oral health problems if proper brushing and flossing aren’t maintained. Next time you give your child a handful of raisins, remember that they need to brush and floss afterward so that the sticky bits of dried fruit don’t cause problems with their teeth.

Talk to your dentist about which healthy foods to look out for that could be harming your teeth and how to combat against tooth decay.